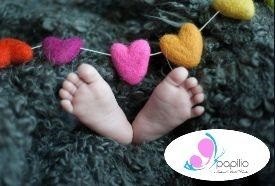 Many pregnant women have asked, is it safe to breastfeed during pregnancy?

The answer is YES it is. When the baby is less than 2 years old, according to the Qur’an we should provide his need, either by continuing to breastfeed or looking for wet nurse. As long as there is no history of bleeding and excessive contractions, or signs of preterm labor, breastfeeding while pregnant is considered safe.

Contractions sometimes occured while breastfeeding, but this is normal. The same thing happened during sexual intercourse, but it doesn’t affect the pregnancy. When contractions occur, all you have to do is take a short break until the contractions disappear. And then, you can continue to breastfeed again.

Interesting fact, not even a single one expert said that there is a potential link between breastfeeding and pregnancy complications. Lesley Regan, PhD, MD stated in Adventures in Tandem Nursing that she did not see the adverse effects of breastfeeding on pregnancy, even if the mother had a history of miscarriage or even had a great risk of miscarriage.

Miscarriages occur spontaneously in about 16-30 percent of all pregnancies, including in breasfeeding moms. This fact should not be considered as the ultimate cause of miscarriages.

However, most of the mothers who breastfeed while pregnant see some decrease in milk supply in mid-pregnancy, sometimes in the first trimester. During pregnancy, mature milk also change slowly into colostrum.

A theory said the cause of the decrease in milk supply during pregnancy is because progesterone makes alveoli permeable, so they cannot store milk properly. And when the baby is born (along with the release of the placenta) progesterone levels drop dramatically, thus allowing prolactin to take over. Prolactin makes alveoli impermeable, and making excessive milk production.

Decreased milk supply usually occurs even though the frequency of breastfeeding continues or increases, but some pregnant women claim not to have any changes of her milk supply. It happens if the supply and demand are balance. But no need to worry because breastfeeding in the 4th month of pregnancy begins to turn mature milk into colostrum so that your elder baby can get more and longer colostrum milk. He will gain the benefit of colostrum that last until the first week after delivery.

If milk supply started to decline and the baby is still in the exclusive breastfeeding period, the next solution is to find a wet nurse or breastmilk donor for the baby. If it is difficult to find either wet norse or donor, formula milk should not be the next option. Instead, try to give natural healthy food than formula milk which has many chemical additives. Mothers can make nabiz (dates fruit infused water), honey water, or brown rice starch for children under 6 months. But it should be noted that the use of water is not recommended. The minerals found in the fresh water will force the kidneys work harder for babies under 6 months old, so we recommend that the water be replaced with zam-zam water. As for honey, choose raw honey to prevent artificial sugar for the baby.

Breasfeeding while pregnant will benefit the elder baby until he is 2 years old and beyond. Because weaning before two years increases the risk of disease for children, according to the American Academy of Family Physicians. And of course breastfeeding up to children aged 2 years is considered as a form of worship to Allah subhanahu wata’ala. 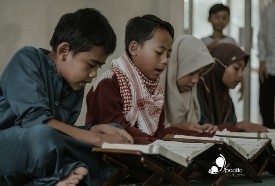 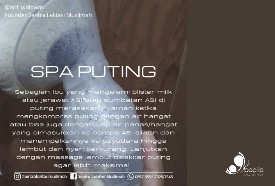 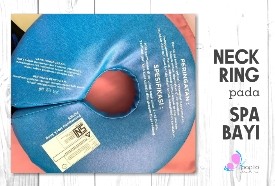