Why Breastmilk and Tahnik Are Beneficial For Babies? 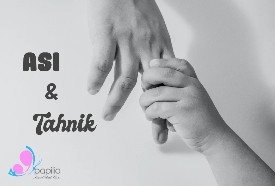 Breast milk contains various active components and bacteria and is beneficial in balanced maturation and balanced stimulation without injuring tissues. So is tahnik. The activity of applying chewable dates will strengthen the jaw muscles and the glucose content and active substances in dates will have a systemic effect, not only locally, to stimulate innate and adaptive immunity in a balanced manner. Tahnik is chewing small amount of dates and then rubbing it on the top of the baby's mouth. When it is said: "Hanakta ash-shabiyya" it means that you chew dates, then rub them on the top of the baby's mouth. It is recommended whoever tahnik the baby is a person who has virtue, kindness and knowledge in deen. It is also advisable to ask for blessings for the baby, as in the following hadith.

2. From Asma bint Abu Bakr Ash-Siddiq, she told that when she was pregnant with Abdullah bin Zubair - (she said) -, "When I was pregnant with Abdullah I was still living in Makkah. Then I left for Medina, on the way I first stopped in Quba and it turned out that I gave birth there. Then I took my son to the lap of the Prophet sallallaahu 'alaihi wa sallam and he asked for dates and then chewed them, then he sallallaahu' alaihi wa sallam spat a little in my son's mouth. That is, the thing that first entered my son's stomach, namely the saliva of the Prophet sallallaahu 'alaihi wa sallam, after that he processed it with dates (which he had chewed) then prayed for blessings on him. And that's the first baby whi was born in Islam (after moving to Medina from the descendants of the Muhajirin) "(Al-Bukhari (no. 3909, 5469) and Muslim (no. 2146))

4, Narrated by al-Bukhari and Muslim from the hadith of Abu Burdah from Abu Musa, he said, "Once when I had a son, I brought him to the Prophet sallallaahu 'alaihi wa sallam, so he gave him the name Ibrahim and he did tahnik with a date." [Issued by Al-Bukhari (5467 Fathul Bari) Muslim (2145 Nawawi) , Ahmad (4/399), Al-Baihaqi in Al-Kubra (9/305) and his Asy-Syu'ab (8621, 8622)]. Source: Buku Kupas Tuntas Khasiat Kurma Berdasarkan Al-Qur’an Al-Karim, As-Sunnah Ash-Shahihah dan Tinjauan Medis Modern, Penulis Zaki Rahmawan, Penerbit Media Tarbiyah – Bogor, Cetakan Pertama, Dzul Hijjah 1426H

Therefor, it is very important for pregnant women to prepare as best as possible before childbirth, such as:

3. Prepare dates for tahnik. In sha Allah, at the Papilio Birth Center clinic all of these things are well facilitated. We strongly support the Prophet's traditions for newborns. Assisted by a team of very competent midwives, with very friendly service and very comfortable clinical facilities, Papilio NBC will help in making the moment of labor a beautiful and memorable moment with minimum trauma.

Please feel free to contact our admin for reservation. 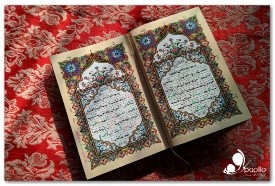 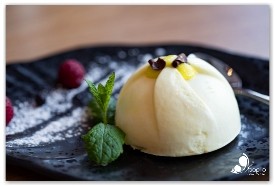 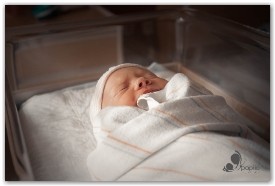